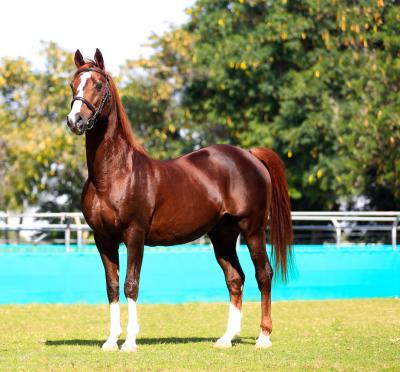 General comments : Blending the best of US and French bloodlines, Al Nasr’s second sire is Wiking, a prominent name in racing circles, both as an exceptional race horse and a producer of some of the best and most successful race horses in the world. In 1985 he was the IAHA Arabian race horse of the year and remains the all time leading sire of Arabian race horses. Mangalie D’Albret is by Mangante and has also produced Bengali D'Albret (Cheri Bibi x Mangalie D'Albret), winner of 16 races including the European Triple Crown two years in a row.

Dam of winners including: